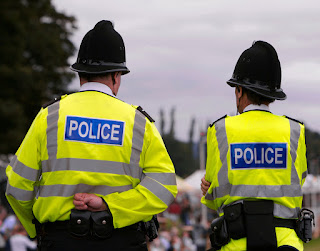 London is set to receive 1,369 more polices thanks the Conservatives investment in policing to help make local streets safer. The figures were announced in October when the government confirmed the 2020 to 2021 recruitment targets for police forces in England and Wales. The Conservatives are looking to recruit 20,000 new officers over the next three years.

Strengthening police numbers is a priority for the Conservatives, with the government providing £750 million to support forces to recruit up to 6,000 additional officers by the end of 2020 to 2021, the first stage in this new uplift.

All officers recruited as part of the 20,000 uplift will be additional to those hired to fill existing vacancies. They are also on top of the extra officers already being recruited because of the £1 billion increase in police funding for 2019 to 2020. The government funding for recruitment in 2020 to 2021 will cover all associated costs, including training and kit.

In addition to the extra officers the government has also announced:
·         The establishment of a £25 million Safer Streets Fund.
·         The extending of a pilot to make it simpler for forces to use section 60 serious violence stop and search powers
·         A £20 million package of actions cracking down on county lines drug gangs.
·         £10 million of funding to increase the number of officers carrying Taser to keep themselves and the public safe and confirmed plans for a police covenant that will focus on the physical protection of officers, their health and wellbeing and support for their families.

Parliamentary Candidate for Greenwich and Woolwich Thomas Turrell said “I’m delighted that this Conservative government is investing in more police officers to help make our streets safer”.
Email ThisBlogThis!Share to TwitterShare to FacebookShare to Pinterest
Newer Post Older Post Home
Thomas is Chairman of Lewisham West & Penge Conservative Association and was the Conservative parliamentary candidate for Greenwich & Woolwich at the 2019 General Election.