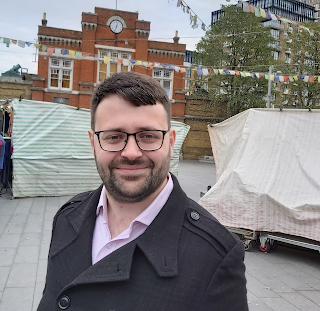 In August it was announced that 50 new high streets are set to benefit from a £1billion fund for ‘Future High Streets’, including Woolwich town centre. The fund are to help high street reinvent themselves, with the funding used to improve transport and access to town centres, convert empty retail units to new homes and work places and invest in infrastructure.

High streets which progress to the second phase will receive £150,000 to support the development of proposals which can then be submitted for capital funding.

The Conservatives are supporting local shops and traders with the creation of a High Streets Task Force, which supports local leaders in delivering ambitious plans. Small retailers have seen their bills cut by a third thanks to the business rates retail discount, worth an estimated £1 billion.

Conservative parliamentary candidate for Greenwich and Woolwich, Thomas Turrell, welcomed the news saying “Local shops and traders can make a community: from funding Christmas lights to organising clean up days I’ve seen the good our local shops do from my own involvement with the Royal Standard Traders Association. I’m really pleased to see the Conservative government supporting local high streets such as Woolwich”.
Email ThisBlogThis!Share to TwitterShare to FacebookShare to Pinterest
Newer Post Older Post Home
Thomas is Chairman of Lewisham West & Penge Conservative Association and was the Conservative parliamentary candidate for Greenwich & Woolwich at the 2019 General Election.