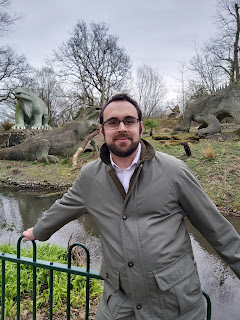 Bromley Conservatives have named Tom Capon as their candidate for the upcoming Crystal Palace by-election. The by-election, which has been called after the resignation of the one of the two sitting Labour Councillors, is expected to take place on Thursday 6 May 2021 – the same day of the London Mayoral and Assembly elections.

Tom, who lives and grew up locally, campaigned against the so-called ‘Low Traffic Neighbourhood’ (LTN) introduced (with no prior consultation by Labour-run Croydon Council) in Crystal Palace and South Norwood in July 2020. The traffic schemes have been the cause of major disruption to drivers and residents in roads such as Milestone Road and Patterson Road. Conservative-run Bromley Council had to resort to legal action, as a named party in the legal action initiated by the campaign group ‘Open Our Roads’, in a bid to have the road closures removed after Croydon Council refused to listen and the Labour Mayor of London, who provided the funding for the scheme, refused to act.

By profession Tom is a solicitor, working in the City of London, and is an active member of the community. His voluntary work has previously included rota sessions at a law centre providing legal advice to vulnerable people (primarily on debt and tenancy disputes). Currently, Tom is also a member of a prison monitoring board and a governor in an infant school.

Speaking after his selection Tom said:

“I grew up visiting the dinosaurs in Crystal Palace Park and now I do the same with my family. Crystal Palace is a special part of the borough and if elected I will fight to keep it special, something the Council is already doing with a £3 million investment in restoring the popular Victorian Subway. The subway is a popular attraction at Open London weekend and restoring the subway will bring more visitors to the area, which will be help the amazing local businesses in the community as we recover from the pandemic. The Council has set out its vision for the park’s future, so if elected I’ll work with the Council’s leadership to help realise this vision and protect the park for future generations”.

Tom has promised that if he is elected, he will campaign tirelessly to get the front counter at Copperfield House Police Base in Penge re-opened after it was closed by the Labour Mayor of London in 2017, saying:

“Conservative Councillors in New Eltham were able to save the Coldharbour Police Base and Bexley Council saved Bexleyheath Police station from Sadiq Khan’s axe. But just as with the LTN, Labour Councillors did not stand up to the Mayor. That is why if I am elected, I will campaign to have the closure reversed. Conservative Mayoral Candidate, Shaun Bailey, has pledged to re-open all 38 Police Stations closed by Labour since 2017, including Copperfield House”.

On Transport, Tom said his priorities would be getting the LTN removed in Crystal Palace and campaigning to secure an extension of the tram network to Crystal Palace. Tom said:

“Croydon Council didn’t tell residents or Bromley Council about the traffic restrictions – despite one of the roads, Fox Hill, being the border of the two boroughs. Croydon Council’s behaviour on the issue has been shocking, and they will not listen to residents or reason. The traffic schemes have done nothing but cause traffic chaos in the area – even one of their own councillors warned that it would decimate the Crystal Palace triangle, but they have pressed on with it with an ‘I know best’ attitude. Croydon Labour will be watching this by-election closely, so if Labour lose the seat and a Conservative wins, then they’ll receive a message they cannot ignore – scrap the LTN”.

“But there is more to Crystal Palace, and more reasons to vote Conservative than just the LTN. On Transport, I am also a supporter of extending the tram to Crystal Palace, giving the community a connection to both Beckenham and Croydon without the need for driving. Crystal Palace has suffered with a congestion issue for a long time, and the LTN has made the situation worse. That is why I will campaign for the long-awaited tram extension – we want the park to be a popular destination for visitors and we want people to come and enjoy the park and support our local shops. But we also want fewer people to make the journey by car and that is why I fully support bringing the tram to Crystal Palace”.

“Conservative-run Bromley Council is delivering for people across the borough on the issues that matter. 97% of our schools are rated either Good or Outstanding by OFSTED, the Council started a £6.6 million fund for providing additional support to local businesses during the pandemic, and Bromley is aiming to be Carbon Neutral by 2029. As a candidate in this by-election, I will be offering voters my positive and ambitious plan for our community, with the successful track record of the Conservatives in the town hall to back this up”.