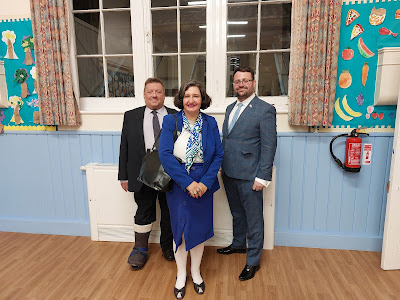 Beckenham Conservatives have named Andrew Lee, Councillor Alexa Michael and Thomas Turrell as their candidates for Hayes & Coney Hall ahead of the next set of council elections in May 2022.

Due to​ the introduction of new ward boundaries, the existing ward of Hayes & Coney Hall is taking in Keston Village but will lose Hayesford Park to the new Bromley Town ward.

The candidates were selected following the decision of incumbent​Councillors Graham Arthur, Neil Reddin and Peter Fortune to step down at the next election. Graham and Neil were first elected to the ward in 1998. Peter was elected to the Council in 2010​, before being elected as the London Assembly Member for Bexley & Bromley in May 2021.

The new Conservative team in the ward will be made up:

Andrew was previously the Campaign Manager for Bromley Conservatives for 14 years, following many years employed in the retail and advertising sector. Currently running a Bromley -based consultancy business, Andrew is passionate about protecting Bromley’s Green and Green environment from over-development. He was Educated locally at Eltham College and has been married for 13 years.

Alexa currently represents the existing Bromley Common & Keston Ward where she is a hard-working local Councillor with a reputation for getting things done. Her main interests are planning, the environment, the local economy, policing and libraries. A lifelong resident in Bromley Borough, Alexa is a qualified librarian and works in the City of London.

Thomas Turrell: Thomas is a committed campaigner who helped set up a local rail users group in ​Bromley Borough. He lives locally with his wife and their two cats and is a former school Governor, NHS Governor and charity trustee – including serving as Vice-Chair of a national charity. Thomas works in the financial services sector.

Speaking after the selection meeting on behalf of the team, Councillor Alexa Michael said:

“We cannot wait to begin speaking to local people and fighting hard for every vote in this election. It is the Conservatives in Bromley who are delivering for local people on the issues which matter,​such as delivering high quality school places, protecting our green spaces and supporting the superb local businesses we have in the borough.

Graham, Neil and Peter have been great champions for Hayes & Coney Hall Ward and served local people for many years​, which we are thankful for. Andrew, Thomas and I are honoured to be picking up the mantle and will use the campaign to show residents what a strong team we will make for the​Ward and will be working hard for every vote”. 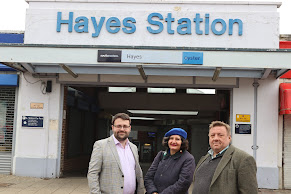